It's hard to say Goodbye 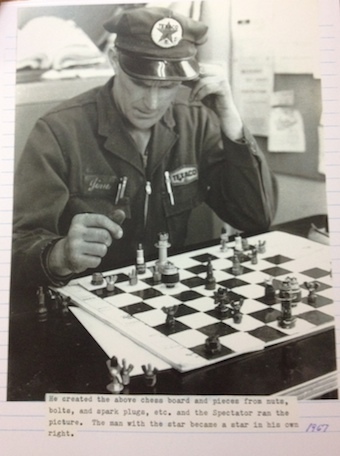 Exactly one month ago my grandmother did one of, if not the hardest thing she ever had to do in her life. I would have to say it was probably the hardest thing I have ever been a part of doing as well. We put my grandfather into a long term care facility. He had been suffering from dimentia over the last couple years. But the last few months his appetite had been almost non existent and he was becoming a lot of work for my grandmother. We were very proud of her, becasue she made the decision selflessly, she knew she could no longer give him the care that he needed.

As power of attorney for my grandmother, I was closely involved with helping her over the last couple years. Unfortunately, we were too late in getting my grandfather's power of attorney done. Which is one of the reasons for my blog today. I wanted to share my experience in the last few months, but also to encourage everyone to take care of their own will, power of attorney and health directives. My husband and I have had one done since our eldest was a little girl, but even we have realized it is not detailed enough and will be revising them.

A week ago today my grandfather passed away. He was the second grandfather that I have lost. My grandmother's first husband, my blood related grandfather passed away over 24 years ago. Even though I loved him dearly, I was only 15 years old. I didn't get an opportunity to say Good bye, but nor did a lot of my family. He was in the hospital when he passed away. As a teenager it was a difficult time but as an adult it was much different. Perhaps because I understand life more than I did as a child. Perhaps because as an adult realizing how important it is to make the most out of every day. I am not sure why this death has hit me harder. Until now I really haven't had a lot of experience with death. Perhaps it was more to do with sharing in his final days with the rest of our family.

When we put my grandfather into the long term care facility, he seemed to be doing ok. Kin Village in Tsawassen is a fabulous facility and all the nurses and care aid workers were amazing from day one. They loved his gentle and kind nature. Which was good to hear, because the dimentia had brought out an angry, frustrated side to him. Which is very typical in dimentia patients. They tend to take it out on those closest to them. Likely because my grandmother was with him all the time, she felt the brunt of it. She did her very best to go with it and not let it get to her. But she's only human and I am sure there were times that took its toll on her dearly.

Then almost 2 weeks ago he took a turn for the worse. The family was called in because his condition changed so drastically they knew he was near the end. In fact by the beginning of last week when he had made it through the weekend they weren't the only ones surprised. My grandfather was 91 years old and a veteran. He led a long, hard life and I think because of how he lived he was always a fighter. This held true for him until the end. He adored my grandmother and he worried even in his lucid moments of her well being. He just couldn't let her go....

So, from the moment we were all warned this was the end, as a family we decided he would not be alone at all. We did not want him to die alone. Nobody should die alone. It was at that point that I was thankful my grandmother had made the decision to put him into a care home. If he had been in a hospital we would not have been able to sit vigil with him for 5 days and nights taking turns sitting with him, calming him...just being with him. There is no way of knowing just how much he was aware of during those last days, but I would like to think that he knew we were all there. On the Sunday, he seemed to say good bye to all of us. We honestly didn't expect him to make the night. That was probably the first time I cried. Seeing him say good bye to one of my cousins and not letting her go right away. I just couldn't handle the emotions surrounding that moment. But honoured to have shared the moment.

On the Tuesday it was our turn to sit with him through the night. My husband mentioned that he was honoured to be a part of this process. My uncle thought he was wrong and that it was more of a privilege. I have to agree with both of them. It was an honour to have shared so many touching moments with all of the family during this process, to share little moments with my grandfather whether he was aware of them or not. But it was also a privilege to be there in his final days. Again something we would not have had the privilege of doing had he been in a hospital. I was also very proud of our family stepping up and coming out after work everyday. Helping keep my grandmother or one of us company so that others could take a break. The nurses and workers were also very impressed to see all the support and love for my grandfather. My grandmothers children and grandchildren truly became his family.

For all those that know me, I am a very emotional person. I can be found crying at just about anything including a TV commercial. :)
During this process, I did my best to be strong for my family, for my grandmother. Although there were a few moments where I just couldn't help but tear up. One of which brought tears to my eyes a number of times....My aunt managed to snap a photo of a tender moment between my grandparents and when she showed it to him he said "Now that's True Love". Their love for each other was evident right up until the end as her gentle voice and soothing touch wouid help calm him as his body was failing. The night we stayed over I got another glimpse of that as he no longer realized who was with him and when I tried to calm him down, he would kiss my hand and ask for a kiss thinking I was my grandmother. I almost felt guilty at sharing this moment with him. I know a few of us did and we all were touched by the tenderness and love being shared.

The above photo shows a glimpse of who my grandfather was. He was a hard working man, a creator, a fixer. He was a quiet, gentle, loving man. He was a religious man, he believed in his faith quite strongly and shared all of his qualities dearly with the woman that he loved. I am proud to have gotten to know him. He was the only grandfather my children grew to know and love....I thank him for giving us that. But most of all....

Thank you Grampa Jim for giving my grandmother 17 good years of love and happiness. You will be dearly missed.... We love you!