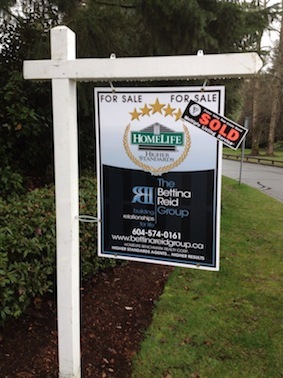 SURREY, BC – An increase in sales and a decrease in new listings last month resulted in Fraser Valley’s real estate market returning to typical activity levels for October – on par with that month’s 10-year average.

The Fraser Valley Real Estate Board posted 1,249 sales on its Multiple Listing Service (MLS®) in October, an increase of 19 per cent compared to the 1,053 sales processed during October 2012. At the same time, the Board received 2,336 new listings, a decrease of 7 per cent compared to the 2,522 new listings received during the same time period last year.

Ron Todson, President of the Fraser Valley Real Estate Board, says, “We’ve had a great summer and good early fall, but it’s important to remind everyone of the context. The last four months of 2012 were amongst the slowest for our real estate market in the last 15 years.

“What we’re witnessing is a return to a balanced residential market indicated by prices remaining unchanged or down slightly compared to a year ago, stable inventory levels and the average length of time to sell a home is about two months.”

In October, the Board’s listing inventory was 9,047, a decrease of 10 per cent compared to the 10,051 active properties that were available in October of 2012.

Todson adds, “We characterize our overall market as balanced because of the ratio of sales compared to the number of active listings, however that ratio changes for every community and property type in the Fraser Valley. We have quite a range; some markets with less than 10 per cent of inventory selling and others where more than 25 per cent of the housing stock will sell in one month. If you want to know what’s happening with your local market and how it would affect the selling price of your home, talk to your REALTOR®.