Car accident - Always wear clean underwear, in case you get into an accident. 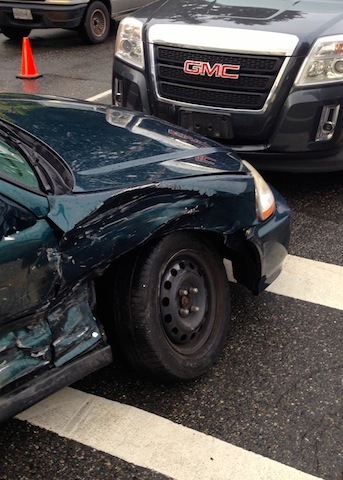 Just about everyone has heard of the saying "Always wear clean underway, in case you get into an accident." Have you ever really wondered where the saying came from....

Well I think today I had a lesson in why this phrase was made up. The idea was of course that you never know what could happen and Mothers wanted to be sure their children were always presentable, no matter what the situation.

My mornings are usually quite rushed as I get up at 6am to work out, then shower, grab a quick bite to eat and then take my youngest daughter to school. In that order...as you noticed I only mentioned shower because that is usually as far as I get before I have to rush out the door in sweats in order to get her to school in time. Then I return home to finish getting ready.

Well this morning I was in a car accident literally seconds from my home....and I was not presentable at all... ha!ha! What can you do...But it did make us think of the saying and even though I really can't ensure that I will be fully dressed and presentable for my days work that early, I do think I will consider my attire and maybe put a clip in my hair.

Thankfully I was not hurt, I was stationary waiting at a red light when I was hit by one of the 2 other cars that had the initial collision. Again thankfully there were only minor injuries with the other 2 drivers. But the point here is that you just never know what your day might bring you and might be a good idea to at least make yourself presentable. There really wasn't much I could do today except go with the flow and really it didn't bother me, but I do think I will at least consider my attire as I mentioned above. :)