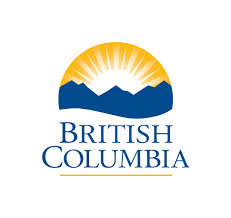 Great news for First time Home Buyers. The BC government came down with their budget yesterday and Finance Minister Mike de Jong announced a new savings for First Time Home Buyers by raising the tax threshold from $425,000 to $475,000.

Which means as long as you are a Canadian resident, have lived in BC for at least a year, never owned a property anytime or anywhere in the world. Then as of today you will likely qualify for full exemption of the Property Transfer Tax owed on the purchased property as long as the purchase price is $475,000 or less. You may still qualify for a partial exemption if the purchase price falls between $475,000 and $500,000. This could amount to up to $7500 savings to First Time Home Buyers.

Having volunteered on the government relations committee for a couple years, I know how hard our Fraser Valley Real Estate Board has been working at lobbying the government for years to make these changes. The tax threshold was implemented in 1987 as a wealth tax. In 1994 the First Time Home Buyers Program was introduced and the threshold has remained the same since then, when house prices were much lower. Our government relations committee has been trying to get the threshold raised to $525,000 and even though it was only raised to $475,000 it shows their lobbying was worth it.

I know The First Time Home Buyers we are presently working with are quite excited to be saving a few dollars. Providing them some extra money in their pockets that they didn't think they would have.